These are sample images used to study the effects of averaging multiple identical exposures of high ISO images to reduce noise. Twelve ISO 6400 shots were taken with a Nikon D90 set to f/11 and ISO 6400; all at the same exposure. A reference image was taken at the D90's base ISO of 200. The images were uploaded to Lightroom 3 using the Adobe Standard camera calibration for the D90 and the lens calibration for the Nikkor 35mm f/1.8 lens. No sharpening or any other post-processing functions were applied. Sixteen-bit Tif's were exported from LR and aligned in PTAssember and PTA's outputs were input to TuFuse Pro which was set to "Exposure Blend" mode with default settings. Jpgs for averages of 2, 4, 8, and 12 images were output from TuFuse Pro. The 12-image average was then input to Neat Image and profiled, and processed with NI's "reduce 1/2 of weak noise" setting. Additionaly, there are two attempts to reduce noise on one of the ISO 6400 images in Neat Image, first profiled, then one noise processed at NI's "reduce 1/2 of stronger noise" setting and 2nd with the overall slider reduced to 1/4 of stronger noise. Each full image is followed by a 100% crop of a similar area.

Look in the shadows and the colored paperback covers for noise, the cloth-bound book cover for texture, and the text for clarity. Comparing the ISO 6400 100% crop (image# 4) with the 12 image average (image #12) prior to NI noise processing shows a dramatic reduction in noise with little, if any, image degradation. After very mild noise reduction in Neat Image the residual noise is reduced further with no discernible degradation in image quality (image #14). Compare image #10 with #12 and it is clear that at ISO 6400 eight images are already enough to reduce noise to easily managed levels.

Attempting to apply noise reduction to one of the ISO 6400 image becomes an exercise in deciding how much noise to leave vs. how much image degradation to allow. Filtering only 25% of strong noise leaves too much noise, #16, filtering at 50% of strong noise, #18, creates serious loss of texture and clarity. There are over a dozen sliders and buttons to push in NI but they won't create an image like #12 or #14 starting from ISO 6400.

The last 4 images are real world examples, all taken handheld in high speed burst mode at the same exposure and aligned and exposure blended and noise filtered lightly. #19 is 4 images at ISO 2800 using the ambient lighting in a cavern, #20 is 12 images at ISO 6400 (terribly underexposed but showing that certain types of internal motion can be acceptable. I used all 12 to get smoother water motion), #21 is 5 images at ISO 3200 and shows some vehicle motion at the bottom, and #22 is 5 images at ISO 2800 showing some people motion, the worst of which is a waiter moving under the closest column left of center. (Also notice the water motion in the fountain. This averaging technique can be a substitute for using a neutral density filter at low shutter speeds with a tripod, instead shooting a series of shots at handheld shutter speed.) At lower ISO's; say from 1200 to 3200, my experience has been that 4 to 6 images are enough to reduce noise to barely discernible levels. It is critical however, that any images with camera motion blur be excluded. All images contribute to the final blended image so a blurred input image will soften the blended image significantly.
Read More 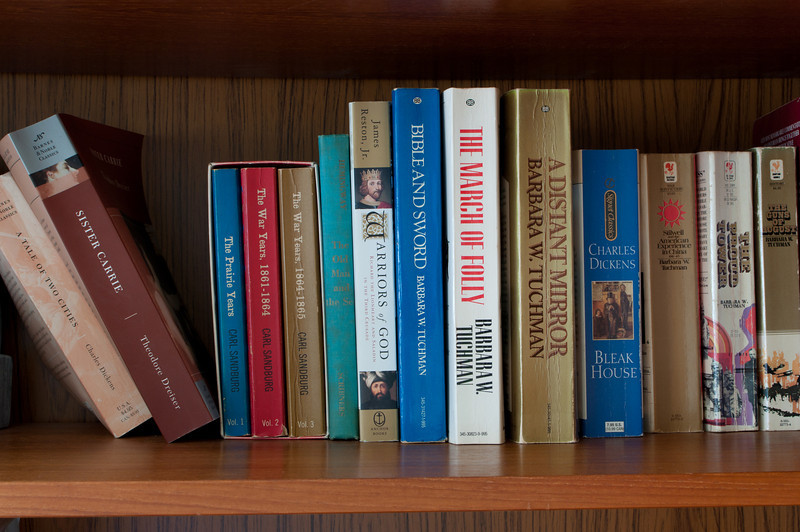