In the Summer of '06, we decided to follow the Lewis & Clark route to the Pacific. Starting from Vermont, we intercepted the route where I 90 crosses the Missouri River, at Chamberlain, SD. From there we followed the Missouri River through the Dakotas and Montana to its source at Lemhi Pass, L&C's first crossing of the Continental Divide. From there the route crossed back across the Divide at Lost Pass and then north to Lolo Pass, MT, L&C's third crossing of the Divide, where we followed the Lolo Motorway, a high clearance, 4WD route that parallels L&C's crossing of the Bitterroots. The route then follows the river valleys, eventually joining the Columbia River to the Pacific. The return route was not L&C related, just a different route that took us along some the most scenic roads in the West; the Magruder Corridor, a high clearance 4WD route from Idaho to Montana across the Nez Perce Pass, the Beartooth and the Chief Joseph Scenic Highways, the Big Horn Scenic Highway, Spearfish Canyon, the Black Hills, and Badlands National Park. From there it was back to I 90 for the ride back to Vermont.
Read More 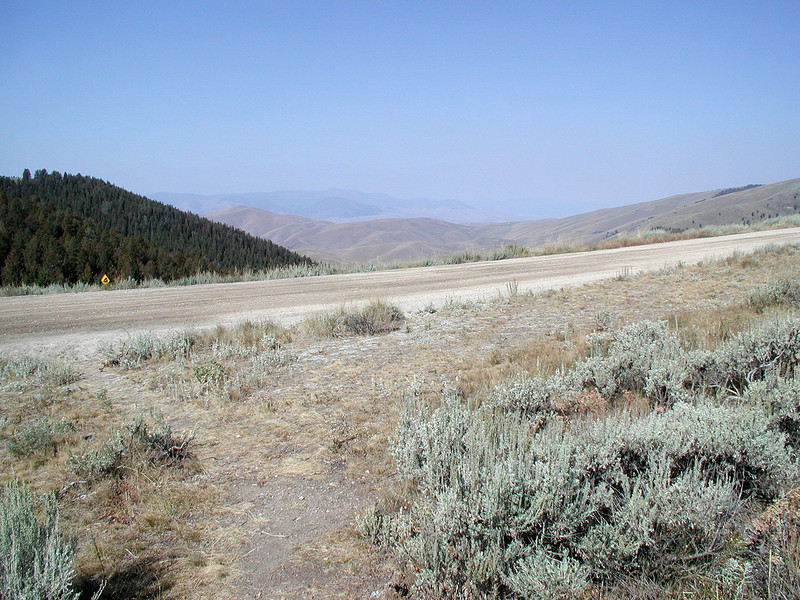 Lemhi Pass looking west - L&C's first crossing of the Continental Divide. Here Lewis realized that Jefferson's hope for an easy Northwest Passage route to the Pacific was dead. He saw nothing but more mountains to the west. We saw nothing. It was fire season in the west and most long views were obliterated by smoke the moment we crossed the Divide. From here the Shoshone's guided L&C north and back across the Divide again at Lost Pass and then on to Lolo, MT